A film and a documentary series being created by Pablo Albandea and Tristan Duval.

#Sortirducadre: Niccolò Moscatelli is an artist, Blandine Bernardin produces exhibitions, and they are also curators, members of the curatorial collective Polynome. https://www.theshowroom.org/relationships/niccolo-moscatelli

Founded in 2017, Polynome it operates in a decentralized and informal way. Like a laboratory, the collective carries out constant research work which is presented to the public in the open form of exhibitions, editions, events … https://www.polynome.org/

The subjects it explores relate mainly to the social and democratic practices which manifest themselves in response to the current system dominated by late capitalism. https://www.polynome.org/

In 2019, the collective presents the exhibition Please Trespass, which is an invitation to question the concepts of intellectual property and copyright and the limits – legal, economic, and creative – that they pose. https://www.polynome.org/please-trespass

#Sortirducadre: Benjamin Jean is a lawyer, specialized in intellectual property. He is involved in collaborative, open, free projects, whether in the software or artistic fields. And he practices music. https://inno3.fr/equipe/benjamin-jean

He is also an administrator of Framasoft and co-founder of Veni Vidi Libri, which aims to promote free and open source licenses. https://framasoft.org/ http://vvlibri.org/fr

Aryeom and Jehan from the ZeMarmot project tell us about the need to pay artists, despite the lack of money. (Subtitle available)

#Sortirducadre: Aryeom and Jehan are part of the association LiLa (free like art) and work on the creation of ZeMarmot, a free animated film project. https://libreart.info/en/ https://www.helloasso.com/associations/lent-cine/collectes/sortir-du-cadre

Aryeom is an independant animation film director and artist. Her first co-directed short animation, “Grandma Ocean” got screened in more than a dozen festivals and won 2 prices. Aryeom is ZeMarmot’s director and script consultant. https://girinstud.io/en/

Jehan was an actor. He then turns to IT and travels. He is one of the main contributors to Gimp (more than 600 commits in recent years), and is the main author and developer of ZeMarmot. https://girinstud.io/en

ZeMarmot is a project of 2D animation movie, to be released under CC BY-SA and Art Libre licenses, fully made with creative Free Software (GIMP, Blender, Ardour…), and currently funded by hundreds of individuals or organisms from all over the world. http://film.zemarmot.net/en/

Lorenzo Papace tells us about the figure of the artist. (Subtitle available)

#Sortirducadre : Lorenzo Papace is art director, film director and music composer. He is at the origin of the manifesto for a universal intermittence of the arts. https://lorenzopapace.fr/ https://www.artinsider.fr/blog/un-salaire-pour-tous-les-artistes-manifeste-pour-une-intermittence

He founded his group Ödland, which offers contemporary, poetic music, tinged with melancholy and sometimes humor. Enriched by its visual universe, it oscillates between folk, pop, songs in classic colors or sometimes electronic. https://vimeo.com/306144651 https://odland.fr/

After directing many films and music videos, he specialised in paper for artworks, set designs, stop motion videos and photographs. https://vimeo.com/42315862

He is also the creator of L’école du chat noir, an animated series that wants to popularize anarchism, « a school of revolt and freedom » that we highly recommend. https://invidio.us/channel/UCqJ4PgXsd2KFY2K2Vldc-MQ

Antoine Moreau tells us about the different licenses. (Subtitle available)

#Sortirducadre: Antoine Moreau defines himself as an artist maybe. He was at the initiative of and co-editor of the Free Art License in 2000, and set up the Copyleft Attitude association. http://artlibre.org/licence/lal/en/

He is also a lecturer in the Multimedia department of the University of Franche-Comté. He thinks about the concepts of free art and free culture, and shares the results of his reflections in writing and during meetings. https://framablog.org/2009/05/14/art-libre-et-culture-libre-antoine-moreau/

His art works are turned towards others, his meetings and sharing being part of the works. https://framablog.org/2017/08/16/antoine-moreau-linfini-est-en-cours/

During our meeting, he offered us a sculpture, numbered 952. It is still near Poitiers and has hardly moved. But it is preparing for a great journey. https://antoinemoreau.org/

Joseph Paris tells us the giving to give model. (Subtitles available)

In 2008, he was at the initiative of the Kassandre collective and campaigned against the concept of intellectual property and for the use of copyleft licenses in cinema. http://kassandre.radicalcinema.org/

In 2012 he films the Femen movement and in 2014 directs Naked War, a film in which he decodes the cinematic grammar of these spectacular actions. https://en.josephparis.fr/femen-naked-war/

From then on, his work took two directions : he realised films produced in the circuits of copyrighted cinema, and others, more experimental, which he placed under free license. https://en.josephparis.fr/

He is finishing The flag, a documentary feature that seeks to determine how a certain identitarian closure has managed to impose itself and make itself admissible. https://en.josephparis.fr/the-flag/

Joseph Paris is the first person we interviewed for #Sortirducadre. And we wanted to thank him because he has helped us a lot since ! 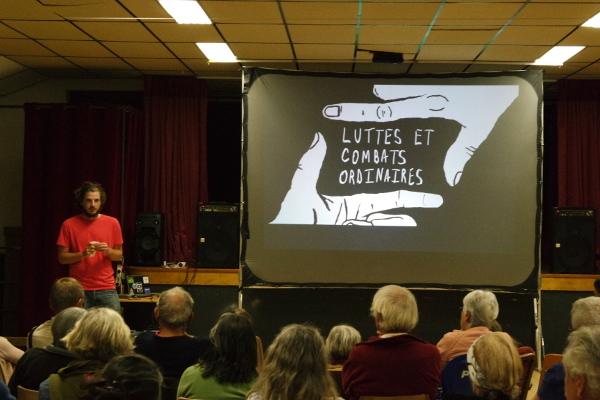 Tristan Duval is the second director of Sortir du cadre. Very committed, he educates himself on the job in image and sound, and uses these media to exteriorize and to understand and criticize this capitalist and patriarchal world.

In 2015, he and others started directing the film Et vos rêve ?, which follows the anti-advertising activists of Lille who are preparing the trial of two of them for smearing advertising media. http://lentcine.tuxfamily.org/et-vos-reves/

It is at this point that he really discovers open and free licenses in art, and becomes aware of the role they can play. Tristan starts to like audiovisual creation, and continues to create, while training himself, both in tools and in theory.

In 2018, he finished his first solo feature film : Où je vais ?, a film experience over a year of life. His work places human at the center, while trying to understand mechanisms in our societies. http://lentcine.tuxfamily.org/ou-je-vais/

Today Tristan is still working on his movies’ projects and to get involved with Lent ciné. He is also learning about music and photography, and published his creations under free licenses. http://tristetemps.tuxfamily.org/ 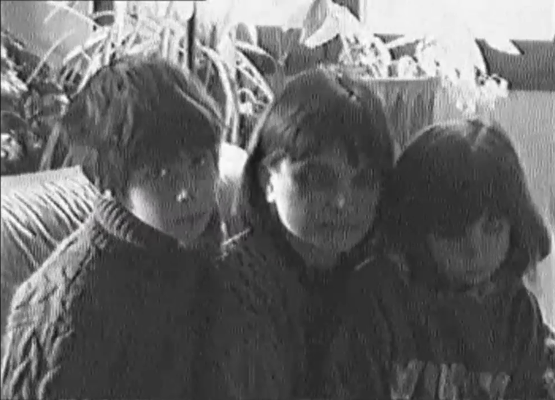 Pablo Albandea is one of the two directors of Sortir du cadre. Attached to the analog rather than digital image, he develops an aesthetic at the crossroads of abstraction and documentary intimacy.

Lent ciné showed its first short film Sur la terre (On Earth) during the first edition of the festival Nos Désirs sont Désordres. Marked by reflections on free in the art world, he joined the collective and now places his work under free license. http://pabloalbandea.com/sur-la-terre/

Initially turned towards audiovisual performance, he’s evolving today as well in cinema as in theater, dance or contemporary art.

#Sortirducadre is a documentary project of a film and serie about artists and works under free and open license in art. Off course license under Free Art Licence 1.3 and CC BY-SA 4.0. http://artlibre.org/licence/lal/en/ https://creativecommons.org/licenses/by-sa/4.0/deed.en

#Sortirducadre : we have exceeded 1000 € in donations, 35 people have contributed and many more have relayed! A huge thank you for all this confidence, which gives even more meaning to this project. #freeart

From today and for 28 days, we will promote and finance #Sortirducadre. Talk about it, share, donate !

#Sortirducadre is a documentary project of a film and serie about artists and works under free and open license in art. #freeart